by Naijtech
in Nigeria, Power
0

A final year student in the Department of Biology Education, Nasarawa State University, has been left dead after trying to rescue a trader who was being electrocuted at the GSM market in Keffi, the state capital on Monday, August 17.

Naijtech gathered that a mobile phone repairer, Junaudu Shaibu was about to pick up his tools when he was electrocuted by a nearby high tension wire. Zaidu had tried to rescue Shaibu when he got electrocuted as well.

Shaibu has since been buried according to Islamic injunctions. His family and friends have taken to social media to mourn his passing. May his soul rest in peace, Amen 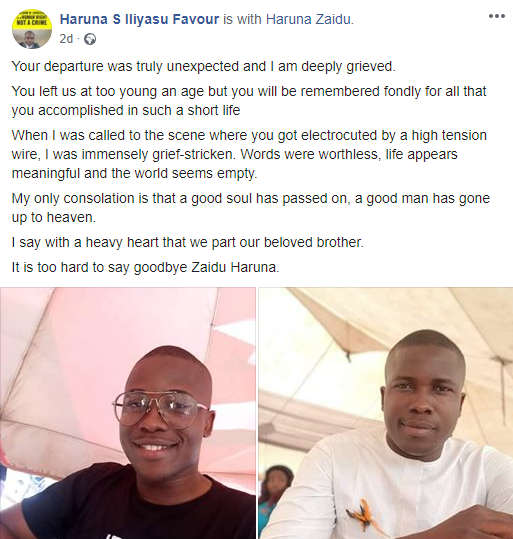 Otedola buys Ferrari worth N300m for daughters, Davido, others react

Best laptops for 2020, prices and their functions

China Is Reportedly Moving To Clamp Down On Bitcoin Miners

Inside the Chinese Bitcoin Mine That’s Grossing $1.5M a Month

All You Need to Know About This Whole SegWit vs. SegWit2x Thing

Twitter reviews its security settings as US election approaches